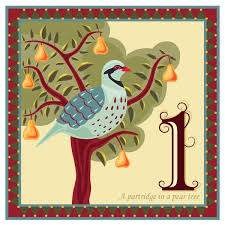 It wasn’t until three centuries after the birth of Jesus that early church leaders in Rome decided to celebrate his birth on December 25. The first official mention comes from a Roman calendar in AD 336. This was the first day of feasting after 4 weeks of abstinence during Advent (No meat or dairy for the whole of Advent.)

And since we will all be feasting todays carol is:
The Boars Head – Maddy Prior and the Carnival Band (with lyrics)

Of the several versions of the carol, the one most usually performed today is based on a version published in 1521 in Wynkyn de Worde's Christmasse Carolles 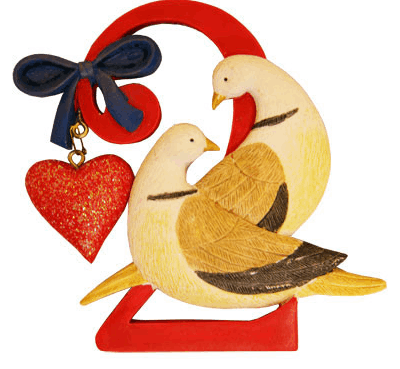 St Stephen was the first Christian martyr and was known for his service to the poor and was stoned to death in AD 36. It's also the day when the Christmas Carol 'Good King Wenceslas' takes place.

This carol is based on the life of Wenceslas, Duke of Bohemia, who became a martyr after being killed by his wicked brother, Boleslaw the Bad. Wenceslas’s body lies in St Vitus’s Cathedral, Prague, and he was recently made a patron saint of the Czech Republic. 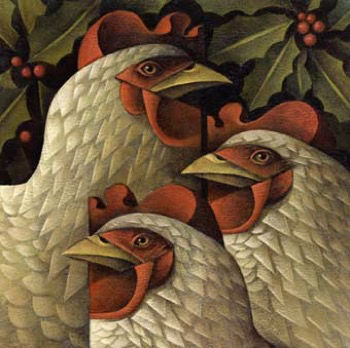 Feast of St John the Evangelist.

Christian tradition says that John the Evangelist was John the Apostle, one of the "pillars" of the Jerusalem church after Jesus' death. He was one of the original twelve apostles and is thought to be the only one to have lived into old age and not be killed for his faith. It had been believed that he was exiled (around 95 AD) to the Aegean island of Patmos, where he wrote the Book of Revelation.

Todays carol: The Sans Day Carol – Maddy Prior and the Carnival Band

One of the many Cornish Christmas carols recorded in the 19th century. A medieval chapelry dedicated to the Holy Trinity in the Parish of Gwennac near Penzance in Cornwall stood in the village of St. Day, named after a Breton saint, and was a major stop on the medieval pilgrimage route between Canterbury and St. Michael's Mount. It was here in the early 1900s that W. D. Watson, the Borough of Penzance's Head Gardener, collected the carol from a man of around firty or sixty years, named Thomas Beard. A wax cylinder recording exists in Sheffield University Library of Mr. Watson singing it himself. 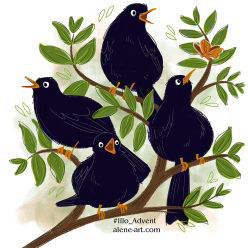 The Feast of the Holy Innocents.

This day is also known as ‘Childermas’ or ‘Innocents Day’. It commemorates the date when King Herod ordered the massacre of the children under two years of age in Bethlehem in an attempt to kill the baby Jesus. Some traditional claims involve as many as 6,000 or 14,000 or even 144,000 deaths, though based on the population of male children in Bethlehem at that time, a few dozen is more likely. (note, in the original ‘12 days’ carol it wasn’t ‘calling birds’ but ‘colly birds’, ‘colly’ being an old word for black, ie blackbirds.)

Todays carol: The Coventry Carol – Maddy Prior and the Carnival Band

The "Coventry Carol" dates from the 16th century and was performed in Coventry as part of a mystery play called ‘The Pageant of the Shearmen and Tailors’. The play depicts the Christmas story from chapter two in the Gospel of Matthew and refers to the Massacre of the Innocents. The lyrics of this haunting carol represent a mother's lament for her doomed child. The author is unknown but the oldest known text was written down by Robert Croo in 1534. The carol is traditionally sung a cappella. 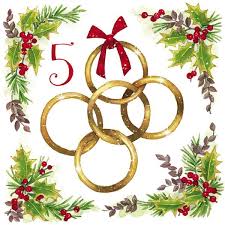 Thomas Becket was Archbishop of Canterbury in the 12th century and was murdered on 29th December 1170. He was in conflict with Henry II, King of England, over the rights and privileges of the Church and was murdered by followers of the king in Canterbury Cathedral. His death, according to an eye-witness Edward Grim, was not a simple stabbing but far nastier and not something to be related here...Soon after his death, he was canonised by Pope Alexander III.

Todays Carol:
Personent Hodie – Maddy Prior and the Carnival Band

"Personent hodie" is a Christmas carol originally published in the 1582 Finnish song book Piae Cantiones, a volume of 74 Medieval songs with Latin texts collected by Jacobus Finno (Jaakko Suomalainen), a Swedish Lutheran cleric. The Latin text is probably a musical parody of an earlier 12th century song beginning "intonent hodie voces ecclesie", written in honour of Saint Nicholas, the patron saint of Russia, sailors and children – to whom he traditionally brings gifts on his feast day, 6 December 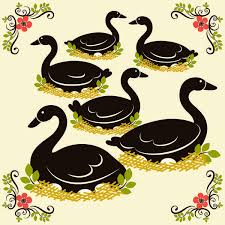 Feast of St Egwin of Worcester.

Though a good bishop, protector of orphans and widows, and a fair judge, Egwin incurred the animosity of people (especially other clerics) who resisted his insistent teaching on marital morality and clerical celibacy. He founded the abbey of Evesham between 700 and 710 AD following an alleged vision of the Virgin Mary by a swineherd by the name of Eof. The abbey later became one of the great Benedictine abbeys of Medieval England. This day is also the Feast of the Holy Family intended to present the Holy Family as a model for Christian families. The feast was instituted by Pope Leo XIII in 1893.


Carol:In Dulci Jubilo – Maddy Prior and the Carnival Band

This carol is thought to have been written by the German mystic Heinrich Seuse circa 1328. According to folklore, Seuse heard angels sing these words and joined them in a dance of worship. 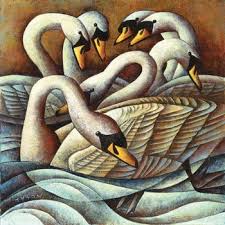 Pope Sylvester I is traditionally celebrated on this day. He was one of the earliest popes (in the 4th Century). Legend has it he converted the first Roman emperor Constantine to Christianity. In the UK, New Year's Eve was a traditional day for ‘games’ and sporting competitions that were banned at other times of year.

Music by Felix Mendelssohn, and original words by Charles Wesley as a "Hymn for Christmas-Day". Wesley's original hymn began with the opening line "Hark how all the Welkin rings". This was changed to the familiar "Hark! the Herald Angels sing" by George Whitefield in his 1754 Collection of hymns for social worship 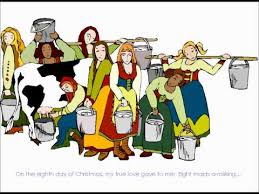 Solemnity of Mary, the Mother of Jesus.

Formerly The Feast of the Circumcision of Christ, a Christian celebration of the circumcision of Jesus in accordance with Jewish tradition, eight days after his birth, the occasion on which the child was formally given his name. The circumcision of Christ became a very common subject in Christian art from the 10th century onwards, one of numerous events in the Life of Christ to be frequently depicted by artists. It was initially seen only as a scene in larger cycles, but by the Renaissance might be treated as an individual subject for a painting, or form the main subject in an altarpiece. Pope John XXIII's 1960 calendrical revision removed the mention of the circumcision of Jesus.

This carol was probably inspired by the Seven Joys of the Virgin in the devotional literature and art of Medieval Europe. Though not traditionally associated with Christmas, it has become so in the modern era. 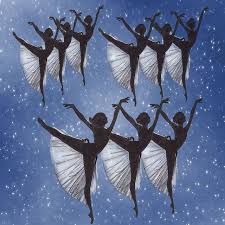 Feast of St. Basil the Great and St. Gregory Nazianzen,

These two saints two of the 4th century were childhood friends described as "two bodies, one spirit". They were both Doctors of the Church (ie theological authorities) and were some of the most influential Christian teachers of all time, honoured by both East and West, Eastern Orthodox and Roman Catholic churches.

Todays Carol:
On Christmas Night (Sussex Carol) – Maddy Prior and the Carnival Band

Its words were first published by Luke Wadding, a 17th-century Irish bishop, in a work called Small Garland of Pious and Godly Songs (1684).  Both the text and the tune to which it is now sung were discovered and written down by Cecil Sharp, the founding father of the folk-song revival in England . ‘Sussex Carol’ earned its name when Ralph Vaughan Williams set the text to music in the late 1800s, after he heard it being sung by a Harriet Verrall of Monk's Gate, near Horsham Sussex. 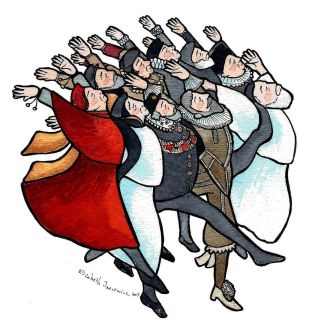 Genevieve is the patron saint of Paris in the Roman Catholic and Eastern Orthodox traditions. She as born in Nanterre and moved to Paris and dedicated herself to a Christian life. In 451 she led a prayer marathon" that was said to have saved Paris by diverting Attila's Huns away from the city.
Carol:The First Nowell (Arr. John Stainer) · Brandenburg Choir

There's a misconception that ‘The First Noel’ is French, because of the spelling of ‘Noël’. But it is actually of Cornish origin, with most hymn sheets opting for the old Anglo-Saxon spelling, Nowell. Its current form was first published in Carols Ancient and Modern (1823) but it is usually performed in a four-part arrangement by the English composer John Stainer, first published in his Carols, New and Old in 1871. It may originally date back to the 16th Century.

The feast of Saint Simeon Stylites.

Simeon was an ascetic saint who achieved notability for living 37 years on a small platform on top of a pillar near Aleppo (in modern Syria). He adopted this practice in order to get away from the ever-increasing number of people who came to him for prayers and advice, leaving him little if any time for his private devotions.

One of the oldest Christmas carols this dates back to at least the 16th century, possibly earlier. Although most people assume the first line is suggesting merry gentlemen should rest, in early English it actually means something closer to ‘remain bountiful, gentlemen’. 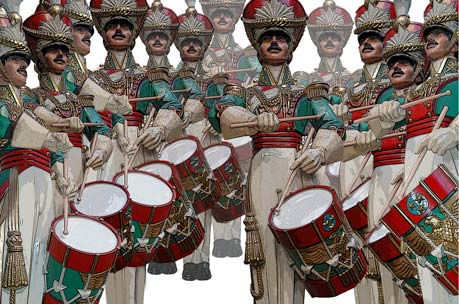 Epiphany commemorates the Adoration of the Magi. According to the Gospel of Matthew, the three wise men - named Melchior, Caspar and Balthazar - followed the star of Bethlehem across the desert to meet the baby Jesus, offering gifts of gold, frankincense and myrrh. The gifts were symbolic of the importance of Jesus' birth, the gold representing his royal standing; frankincense his divine birth; and myrrh his mortality.
Frankincense mixed with oils was used to anoint newborn infants, initiates and members entering into new phases of their spiritual lives. Myrrh was an ingredient in the holy anointing oil used to anoint high priests and kings.
Twelfth Night – A final night of feasting. A popular Twelfth Night tradition was to have a bean hidden inside a Twelfth-night cake; whoever finds the bean in his slice of cake becomes King for the night, regardless of their station in life. A belief has arisen in modern times, that it is unlucky to leave Christmas decorations hanging after Twelfth Night, a tradition originally attached to the festival of Candlemas (2 February), which celebrates the Presentation of Jesus at the Temple

Originally written in German, ‘Stille Nacht’ was composed in 1818 by Franz Xaver Gruber with lyrics by Joseph Mohr, and was translated to English in 1859. During the Christmas truce of 1914 during World War I, the carol was sung simultaneously by English and German troops.

On the other hand, this song is not so much a carol but appropriate for Twelfth Night..

Bring Us In Good Ale · Maddy Prior & The Carnival Band

Bring us in Good Ale is a wassail song based on a Christmas caroling tune. The song is of ancient origin and was passed down orally by minstrels before being set to paper in the 15th century.